— — I once succeeded at making Rimfire a dog costume by thinking about the solid concept I wanted and then abstractifying it. Hmm… spell check tells me ‘abstractifying’ is not a word.

Well, like looking for the concept behind the concept. This probably comes quite easily to some people, but I tend to be very literal, so I have to conciously do this. For Rimfire’s costume, it was instead of making him a hat with a feather on it, I merely put the feather on his shoulder. Conveyed the same, and he placed first 😀 — —

Now, I’m not sure I conveyed exactly what I wanted here, but out came some cute nail art, despite the abstract ending up… well, pretty abstract!

This is a thumbnail image… of a thumb nail!

So, the idea is that the top finger is a tree-topper (and since I didn’t have yellow, (and orange came out looking like nacho cheese) — it’s a red bow. 🙂 ), and then the middle nails would be the tree — kinda as if you were zoomed up on the tree, and it was just a sea of green and ornaments, and lights and garland — and the bottom nail (my thumb, in this case) would be the presents around the tree. 🙂 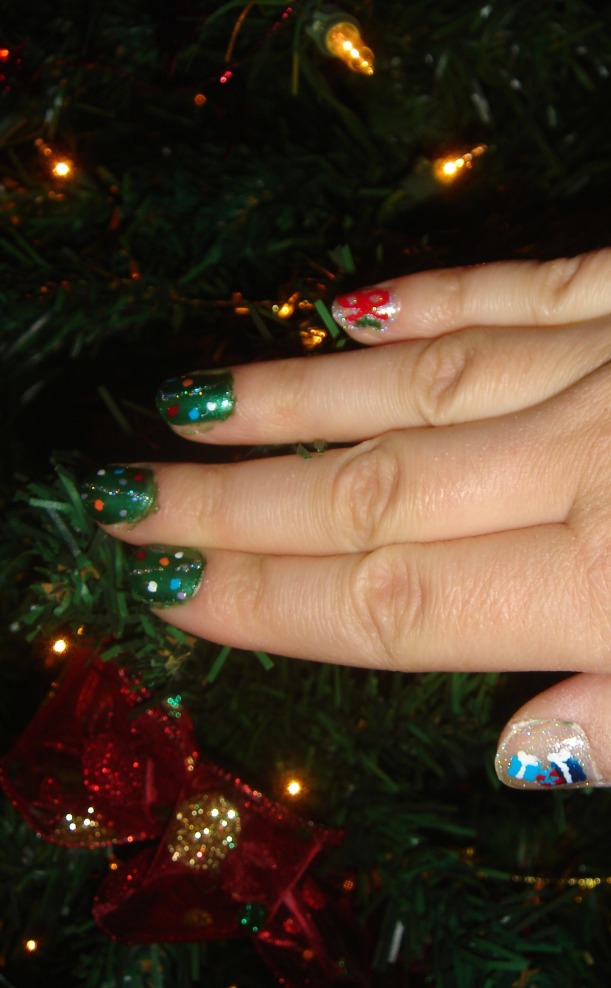 I was thinking of this concept (of the bow at top and presents underneath), with all the fingers lined up in a straight line – but they don’t do that! And when I was cropping the above image, I realized that our hands in a natural finger-formation, look kind of roughly like the outside of a Christmas tree shape! Hmm.. It works either, way, I guess! 😀

And here is a typical nail-glam shot 😉 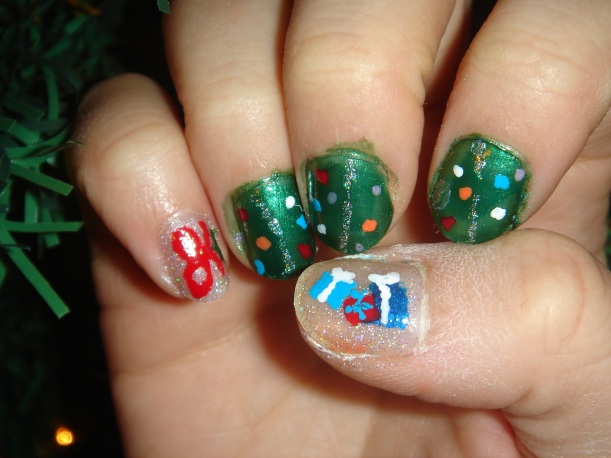 (And sorry about the bad lighting, it was already dark…. and the dry skin…. my hands are not liking winter!!!… and the over-finger-polish-painting….By the way, that is remnants of the “nacho cheese” star on my thumb — not something weird. 😀  )

Second, I told Mom what today’s challenge was, and how I was trying to think out-of-the box for it, and she said Hmmm…

And then she came up with an idea. 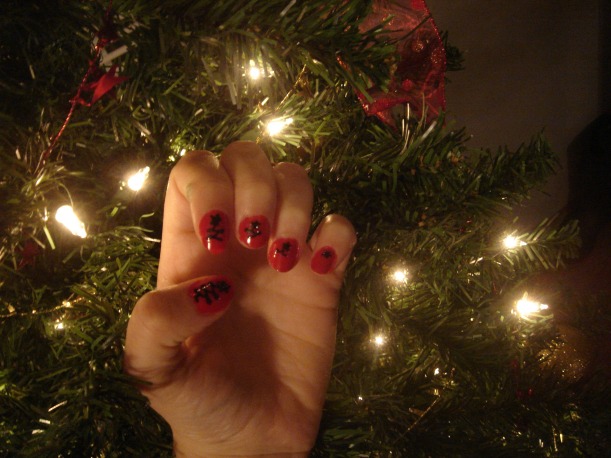 I tried to implement her idea, and although not as elegant as her Post-It drawing, we are pleased with it. (Though, I hope that it doesn’t say “Vampire” to too many people. ) 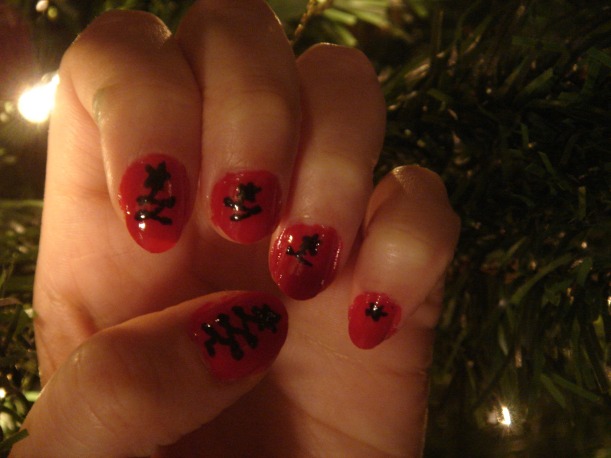 Mom commented that it looks “Scripty” like Japanese or Chinese, we thought that was pretty cool. 😀

Rimfire came over while I was trying to finish taking pictures of my nails. I got to snag a couple good photos of him!! He can be difficult to photograph, so I was glad to get these 🙂 He is so cute!

Hope you are having an awesome one wherever you are at!

Do you have a Christmas tree, yet, this year?

Are Christmas trees a tradition for you? 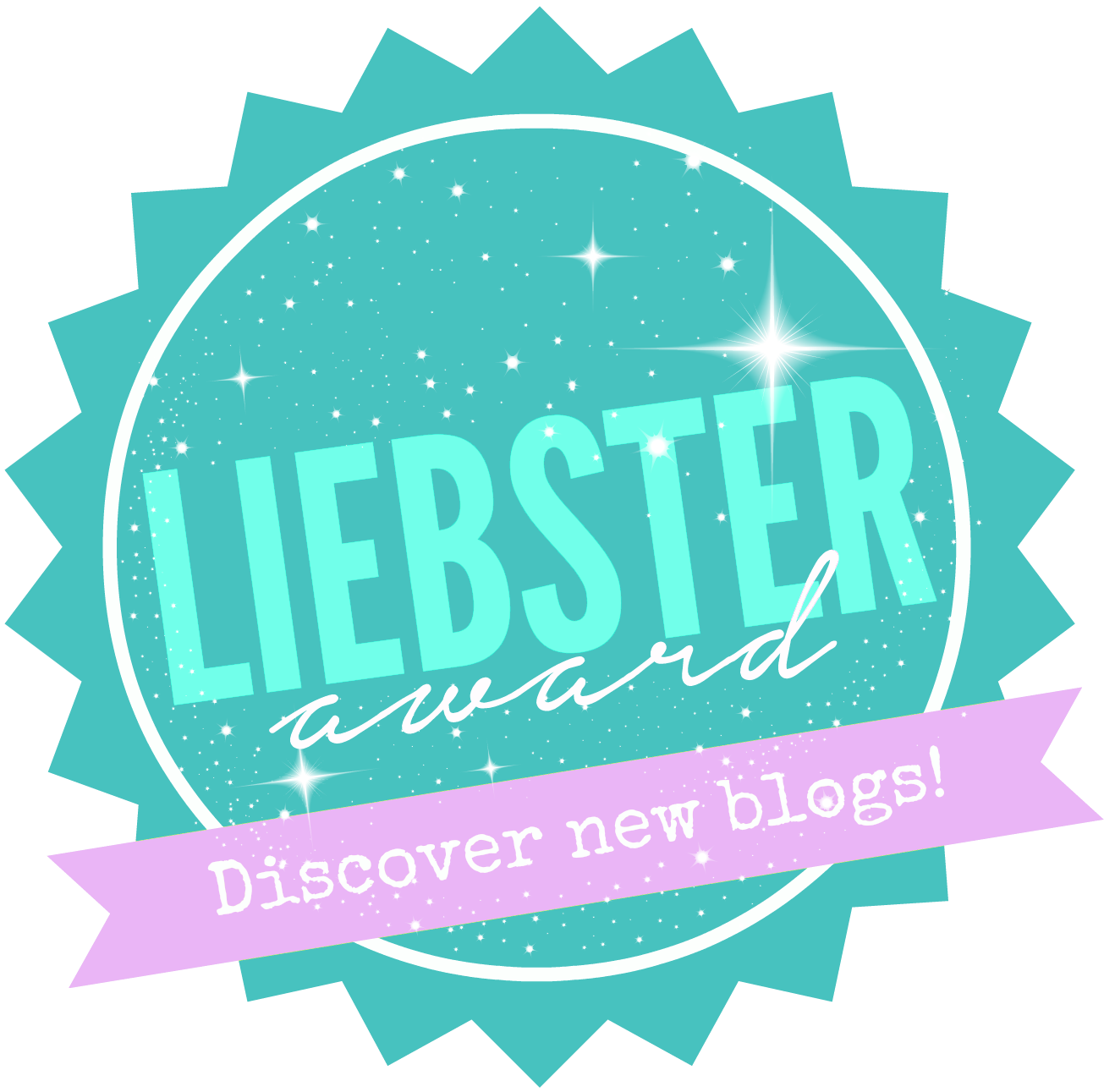 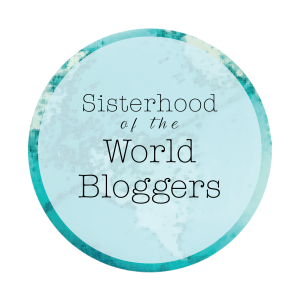